I spoke with Alan Knight, just before he died in his long term home in Vancouver.  He was an old friend of my Dad’s from their days together in the Royal Navy, Fleet Air Arm.  They were stationed together in Kuala Lumpur, Malaysia and also in Singapore at the time of the Communist Emergency in the early 1950s.  Alan told me that ten Sikorsky helicopters, ordered from the USA, crossed the Atlantic on the deck of the ship.  They arrived in Gosport and had to have maintenance work carried out on them, because of the damage from the weather en route. They were then embarked on to HMS Perseus and the ship left for Singapore on 10th December 1952, arriving on 8th January 1953.  In my Dad’s collection was this photo of five of these helicopters lined up at the Fleet Air Arm base at Sembawang in Singapore.  My Dad has kindly annotated the back of the photograph, confirming the date as January 1953. 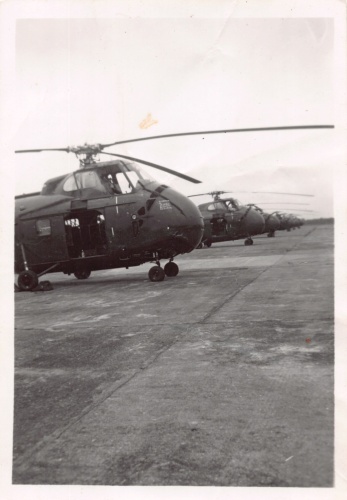 Alan continued with his story, noting that he worked on the engines and that he had scratched his name on the casings, where he could.  The engines were changed after every 500 hours of operations and this was recorded in a log book.  He said that six of these helicopters were sent to Kuala Lumpur and the other four remained in Singapore.  The photos that follow are of these machines on operations in Malaya and each has a large white identification letter on the fuselage.  I am guessing that A to D stayed in Singapore, because these photos are of E, G, H, I, J and K.  For some reason there is no F. 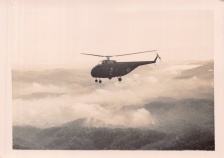 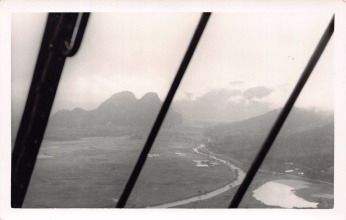 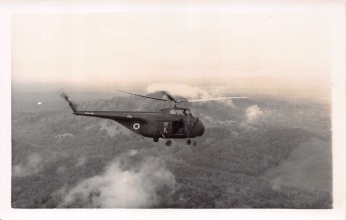 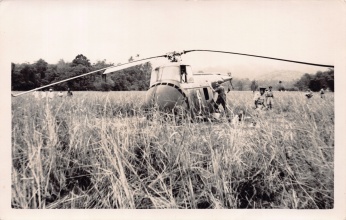 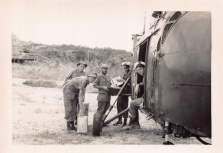 The section head in Kuala Lumpur was Peter ‘Tex” Hunt with my Dad on radio (Donald John Backler pictured bottom right with helicopter H just behind him), Alan, and Peter Stevens, who worked on the electrics.  After the tour of duty in Kuala Lumpur, my Dad and Alan were posted back to Singapore and teamed up with another electrician, Ken Wainwright, who has also been a lifetime family friend.

Alan told me that a couple of the helicopters came down in paddy fields and he was unfortunately on board on one occasion.  It seems that the above photos may have captured two of these moments, involving I and J, plus the rotor on G doesn’t look too happy in one of the photos.  He said that Tex Hunt had given four recorded interviews about 848 squadron and these helicopters for the Duxford Air Museum.  He also mentioned that the Solway Aviation Museum in Carlisle had the one surviving helicopter, which from their refurbishment work to date, can be seen as K.   Alan said that they lost three or four of these helicopters that were then replaced by Westlands.

My parents were married on 1st December 1951 and I came along in November 1952.  I don’t know when my Dad was posted out to Malaya and Singapore, but my Mum – Theresa (Finn) Backler – decided to take me out to Kuala Lumpur and meet up with him when I was eight months old.  We had a three-week voyage on the M.S. Dilawara, which, of course, I knew nothing about at that age. 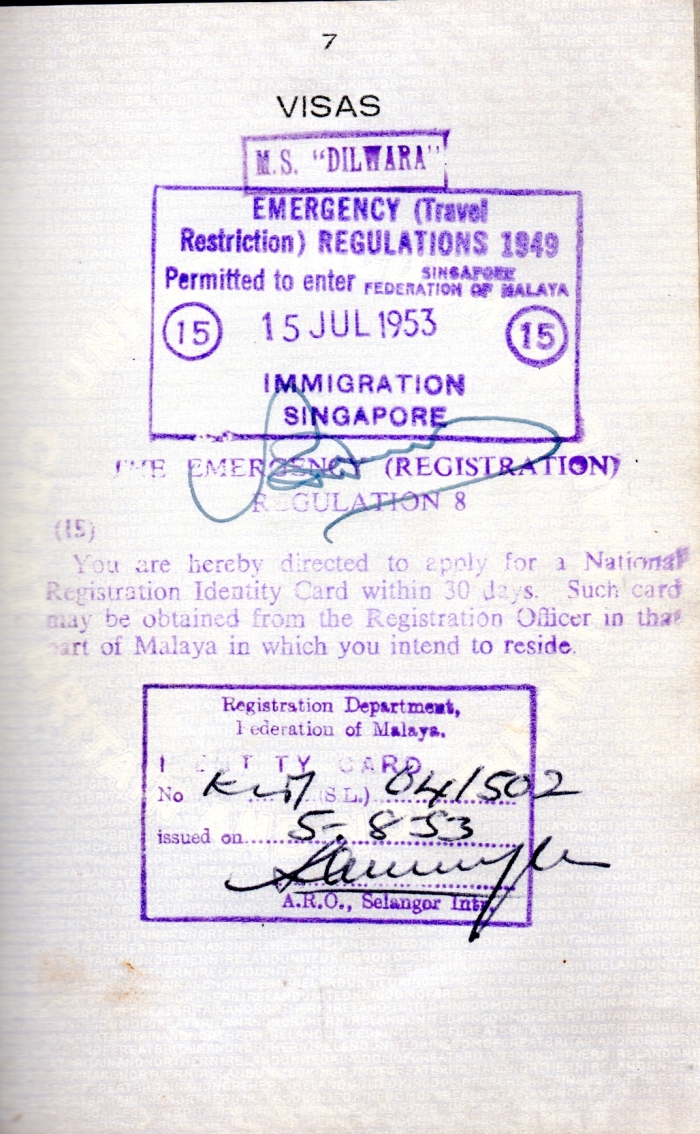 The entry date into Singapore was in July 1953, then my Mum and I travelled northwards to Kuala Lumpur in August, as evidenced by the above stamps in her passport.  My Dad has a photo, that follows, of a celebration in Kuala Lumpur to mark the Coronation of Queen Elizabeth II, but I am not sure he was there, as he is not in the photo. 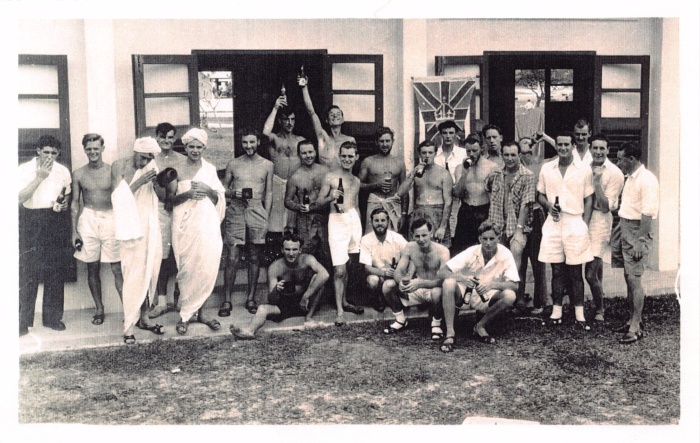 We were in Kuala Lumpur at Christmas 1953 though, because my Mum and Dad are in the top left of this photo in the Petty Officers’ mess.  She has the striped cone hat and my Dad is wearing the tie to her right.

After this we were posted back to Singapore, although I am not sure exactly when this took place.  My brother David was born in Singapore in July 1954 and his god-father was Peter Stevens.  This picture shows Dad, Mum, David and me outside the Roman Catholic Church when he was baptised. 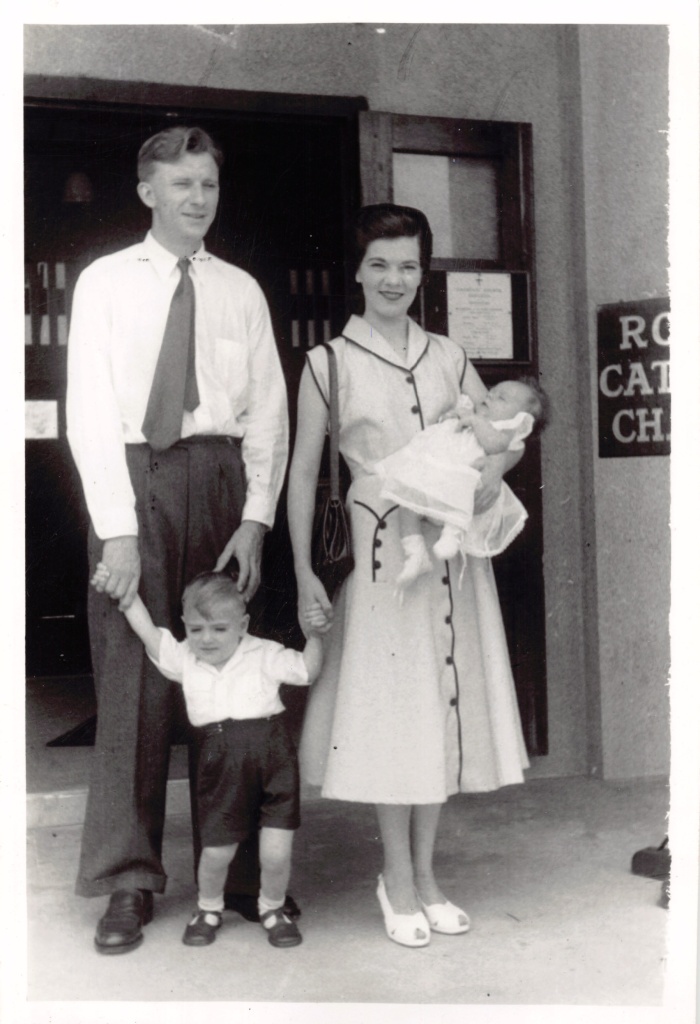 We weren’t the only family around and on the right above is another family at the christening holding David.  I suspect this is Peter Stevens with his wife and son from a group photo that I have.  I am in the two photos centre and left, but I am not sure who got the short straw carrying me on the left.

My Mum has annotated the photo below, on the back, at another social occasion in my Dad’s mess at Christmas.  This looks more formal than the other Christmas photo.  I am not sure if it is also 1953 or the following year in 1954.  Dad is in the left hand back corner and Mum is in the front right corner, with her eyes closed. 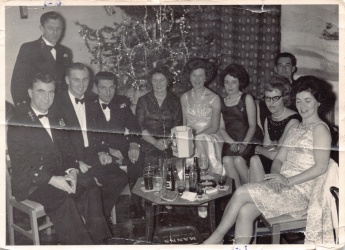 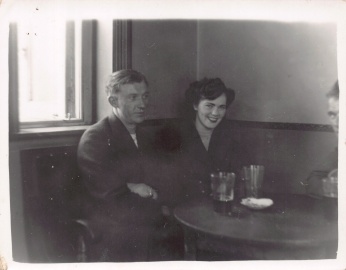 The above photo shows my Mum and Dad, with the reference to 33 Mess and also with Chinese writing on the back, although I have no idea of the translation. 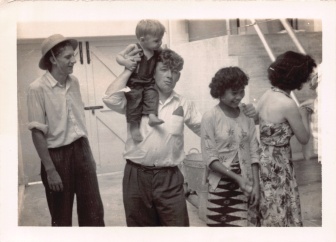 The above set of photos show me struggling with the pith helmet that my Dad was wearing top left whilst I am being carried on someone’s shoulder.  All great adventures have to come to an end and this is my Mum’s visa for the return journey in 1955 when we travelled back on the S.S. Empire Fowey, another journey of three weeks duration.  I do remember some snippets of the journey, but nothing about when the ship ran aground for twelve hours in the Suez Canal on 23rd April.  At least we got home safely!

UPDATE 28th JULY 2020:  My Cousin Peter gave me a photo featuring helicopter G on the ground that is already in this blog page.  However, my Dad had annotated it on the back and sent it to his brother – my Uncle Bob and Peter’s father.  The annotation follows and it explains why this helicopter ended up on the ground.  It makes my comment obsolete about its rotor arm – then what do I know about helicopters anyway!  Also, I didn’t realise the person in the floppy hat standing next to the helicopter was my Dad.