My maternal grandmother was Violet Chatfield (see East Sussex Backlers blog page).  There is a Chatfield Family History Society that has published extensive information.  These are some extracts related to my family.

Richard Chatfield, a farm labourer, (born 1813 in Pulborough, West Sussex, died Eastbourne 1904) married Mary Ann Coomber in Coulsdon, Surrey in 1847.  She was born in c. 1824 in Brasted, Kent and she also died in Eastbourne in 1904.  Richard was my great-great grandfather.  They had eight sons and two daughters. 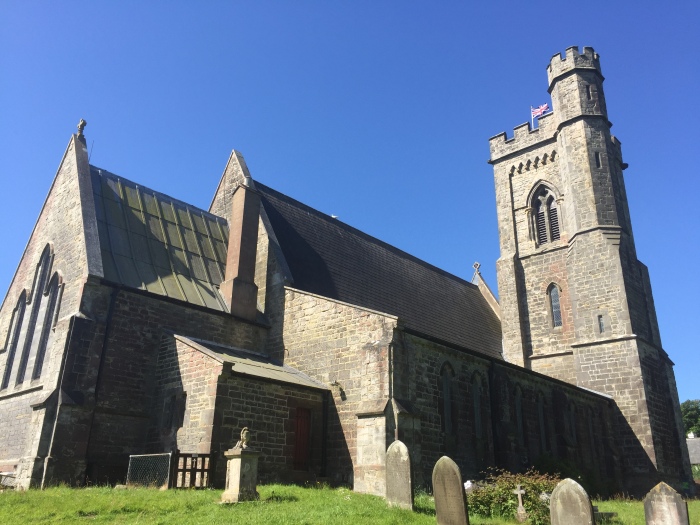 Annie died when I was quite young and she is shown in the photo to the left with my brother David on the left and me.

Alice, known to us as Aunty Doll, married Samuel Clayden in 1920.  The picture below right shows them in their front garden in Green Street, Eastbourne.  Alice suffered from severe arthritis and was bed-ridden in their living room for many years, before spending the rest of her days in a geriatric hospital after my great uncle Sam died. 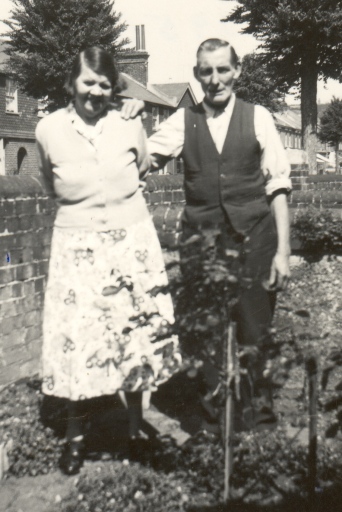 My grandmother used to have a painting of her mother’s father, George Elliott, complete with an impressive tall hat, sporting a buckle.  He was a gamekeeper at Fairlight Hall near Hastings.

The sixth son of Richard and Mary Ann and seventh born was John Chatfield (born 1857 in Merstham, died 1935).  He was married twice in Eastbourne, the first time in 1881 to Caroline Knight and the second time shortly after her death in 1893 to Fanny Maria Easton (1855-1923).  John and Fanny had a daughter, Nellie May (born 1894), who married Albert Potter.  They then had a son called Albert, who married Joan.

Albert and Joan then had Jeff, a keen family historian with whom I have exchanged emails, and David, who was in the same class as my brother David, a year below me, at Bexhill Grammar School.  Some years ago, 1996 from memory, I was taking a health and safety exam, where there were only four others taking part and one of them was David Potter.  We recognised each other and realised we were only living a few miles apart in the same village, Teynham in Kent.  One of life’s great coincidences.

David then told me about our common great-great grandfather and grandmother.  David supplied the picture on the left showing them on their golden wedding anniversary in 1897.

There are many Chatfields about which, I know very little, but I thought this story worthy of including in my blog, because of the common ancestry with my friend and distant cousin.

4 thoughts on “The Chatfield connection”